Clive the Caterpillar with oscar and riley

If you wish to pay for  "CLIVE THE CATERPILLAR WITH OSCAR AND RILEY" then I  can send you a PAYPAL invoice.

IF YOU ALREADY HAVE A PAYPAL ACCOUNT THEN SEND PAYMENT DIRECT TO  paypal.me/GarthTuxford

Available as a signed Direct Download to your Fb Messenger or email address. Just $1.99.

Available as a signed Direct Download to your Fb Messenger or email address only. Just $1.99.


This is a story about Clive the Caterpillar.

He is a Caterpillar who meets and starts playing with his new friends, Oscar and Riley in their garden.

Oscar and Riley are my son’s two boys, and it was so much fun writing yet another exciting adventure story for children.

They initially nearly stepped on Clive because he was so small, but they rescued him and took care of him and even found food that he could eat.

Poor Clive was an orphan and really did not know how to take care of himself.

They soon became firm friends on the promise that they did not tell their Mummy and Daddy that Clive the Caterpillar could talk. 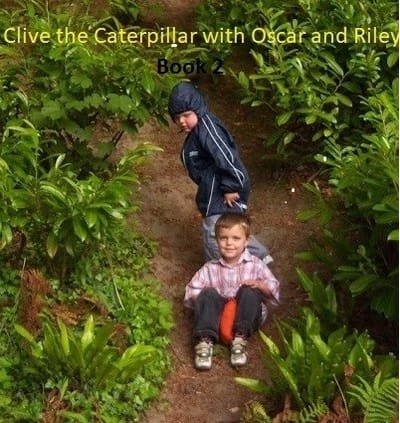