The Fury of Inanna

About Regby Dornik - The Fury of Inanna

Previously, Petrey and his group had teamed up with Regby and his clan of Annunaki to defeat Inanna in a great and terrifying battle under the island of Surtsey in the North Atlantic.

Inanna is wanting revenge for this humiliation and with more of her kind newly arrived she plans the destruction of all of Regby’s clan who have now split up and living underground in isolated locations around the world.

Petrey had returned home to Mumbai, and it is nine years since the epic battle, and he had thought that no more would be heard from Regby and the Annunaki.

This story brings you up to date with the original crucial members of Petrey’s team and what they are doing now.
Does Petrey fulfil his promise to Regby to be there if he is needed, or does he decide to stay at home with his family and friends?
Will his heroic team return with him for yet another day on the battlefield?
I imagine the answer is very clear.

TEASER 2
“You cannot defy me, and we know your every move, prepare to be annihilated. Human beings, stay out of this, or you will also be wiped out along with our detested enemies. This is not your concern, do not make the wrong choice, because the results will be decisive LIFE OR DEATH. Inanna will always prevail, there is no other way.”

TEASER 3
“Petrey, when you were down in Cornwall, I spent some time trying to research what I could about the Annunaki. I thought it might help us if we had more idea of exactly what we were up against; I have found out quite a lot. Of course, it is all mixed up in myths, supposition and speculation, bearing in mind that a majority of the world are totally oblivious to any knowledge of the Annunaki let alone the reality of their existence here on Earth.”

TEASER 4
Chris lost his hold on him and James ran towards the harbour at full speed and without pausing to break his run he dived from the top of the cliff onto the motor cruiser moored below. By the time they managed to get down to James, whose broken and crumpled body lay at an unnatural angle over the bow of the boat, he was dead. Everyone was completely devastated and Chris took it very personally as if he was totally responsible for the loss of James.

PLEASE SEE MY OTHER BOOKS ON AMAZON


All my books are available in many countries, but here are the links for the USA and the United Kingdom. 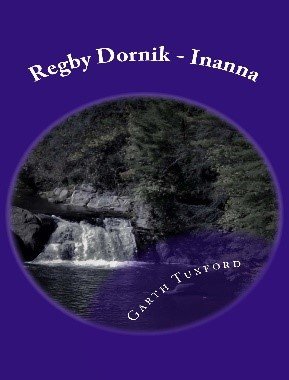