About The Lion Hunter

It was an incredibly hot and sticky morning and the sweat poured off Jimmy, Chris, and Thabo as they worked among the animals in the pens.
It was nearly thirty-eight degrees Celsius and was not yet ten thirty in the morning. This was unusual for the time of year, and they had been baking like this for several weeks.

The dry season usually lasts until the end of March, but this was only the second week in February and if it continued the land would become totally parched and many of the animals would die.

After a dangerous journey up the East African coast on an Arab Boum, which is a medium-sized deep-sea dhow and traditional Arab sailing- vessel and a stop on the island of Madagascar, they finally get their quarry back to the authorities to face justice.
This is the story of intense courage fraught with great danger by three dogged and determined brothers from South Africa who finally bring this loathsome rogue before a Judge.

A book that is difficult to put down once you begin reading.
Available from Amazon in Kindle and Paperback format.
If you have Kindle Unlimited, it is FREE,
however, on regular Kindle it just $3.99

TEASER 1.
Hundreds of animals were without water, and they would die the most painful of deaths if it did not rain soon. Any water that remained had turned brackish and brown, and the smell of death seemed to permeate the very air itself.

TEASER 3. Several of the other hyenas left the lion and joined in. They attacked his legs; Josh was still alive and trying to kick at them as the first hyena completely tore away his arm and ran a few yards away to protect his meal. The blood was pumping out of the awful gaping wound, and this just excited the already blood-thirsty hyena.

TEASER 4. Daylight was approaching, and they could see two male lions and five or six cubs, but no sign of any females. Presumably, they were out hunting for their hungry brood.
This was the very area that Yark carried out his illicit lion hunting expeditions, and they had brought him here.

PLEASE SEE MY OTHER BOOKS ON AMAZON 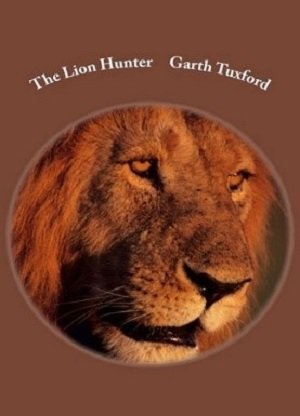